← more from
Comedy Minus One

Best Of Luck In Future Endeavors 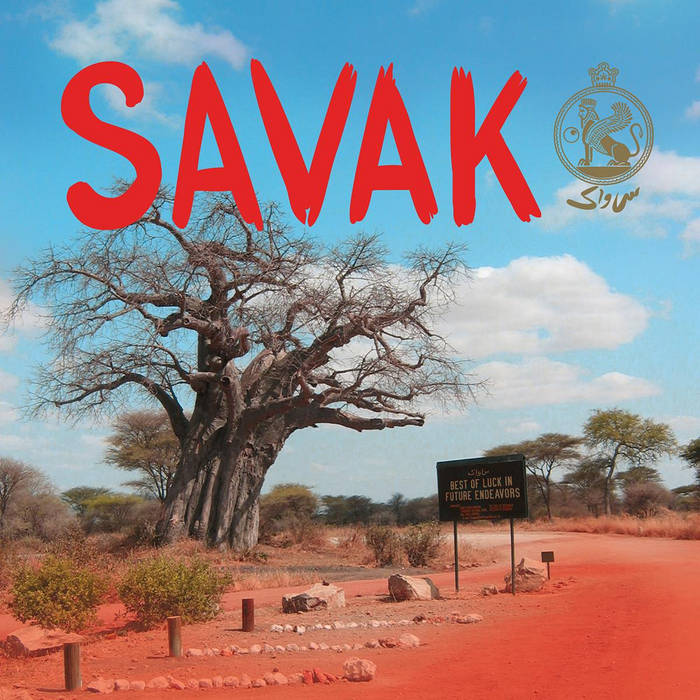 "Savak make a potent and pointed agitpop racket on their new album, Best Of Luck In Future Endeavors, which manages to balance the dark and moody with the catchy as fuck." - Noisey

"The work on Best of Luck ranges from jangly, pop-infused punk in a Rezillos strain to more aggressive pieces, but everything here reverberates with an abundance of kinetic energy. Savak is the band that plays the party after the after party as they can maintain energy for any audience at any time of night. This is just awesome." - Jersey Beat

“[A]n intense and catchy collection of songs with a number of subtle tricks up its sleeve.” - Vol. 1 Brooklyn

"[T]he perfect distillation of their previous bands with skronking saxophones, sharp post-punk rhythms and reverb-rich 60’s psych-pop melodies all held together with a hardcore punk heart." - Atlas & The Anchor

“A hook-ladened and punchy record that should appeal to more than (but inclusive to) just fans of the group’s other projects.” - Free Williamsburg

"There are parts where it sounds like Lee Ranaldo is fronting some poppier version of the Wipers. I assure you it's high praise.” - David Park, WMXM

"By blending different waves of rock and roll, SAVAK has created an album that everyone can genuinely enjoy.” - Indie Band Guru

Dr. Action calls. He’s coming over in a heartbeat and wants to know if you have the sounds to wiggle his stethoscope.

You didn’t, but now you do.

Let’s call them SAVAK. That’s what they call themselves, and it would be rude to make up a different name for them. A six-piece rock unit elegant enough for entertaining, but sturdy enough for everyday use. From the hooky self-loathing of the Buzzcocks to early Funkadelic brain lint to the lithe guitar interplay of the Ventures and/or Television, these men stir up songs you can dance to. And think about. Or just think about dancing to.

And don’t worry, SAVAK brings years of experience to the job. Collectively about 150 years, to be somewhat more specific. Michael “Jaws” Jaworski and Sohrab Habibion sing and play guitar – at the same time! Sohrab learned that particular parlor trick in The Obits and Edsel. Jaws cut his teeth in Seattle with The Cops and Virgin Islands. Holding the bass guitar, but never slapping or popping it, is fellow Obit Greg Simpson. Keyboardist James Canty’s secret? He knows which keys control which notes. When it’s his turn to play, he simply presses them and – boop! He’s done this before with Ted Leo & The Pharmacists and The Make-Up. Okay, pop quiz: name another band with two drummers. The Doobie Brothers?! Ugh. Fine, we’ll give you Boredoms and the NEU! ’75 LP. Anyway, SAVAK toggles between a pair of ace rhythm men. Benjamin Van Dyke, known to many in South Brooklyn for his elementary school teaching skills and to ex-Long Island hardcore kids for keeping time in Silent Majority. And Matt Schulz, an enthusiastic snacker and the self-winding clock behind Canadian electronic maniacs Holy Fuck. But while one performs onstage with SAVAK, is the other at home, helplessly flailing his arms and legs to the unheard music? We’re not sure.

At this juncture, you may be wondering: Where can I get some? My local Ford dealer? The produce aisle of the Park Slope Food Coop? SAVAK’s debut LP, Best of Luck in Future Endeavors, is being released in unwholesome stereo by Comedy Minus One. Whether you’re making angry love to America or sticking up an Edible Arrangements with a banana, this is your new soundtrack.

Produced by Geoff Sanoff and SAVAK.

Formed in 2015 by members of The Obits, Holy Fuck and The Cops.

Bandcamp Daily  your guide to the world of Bandcamp